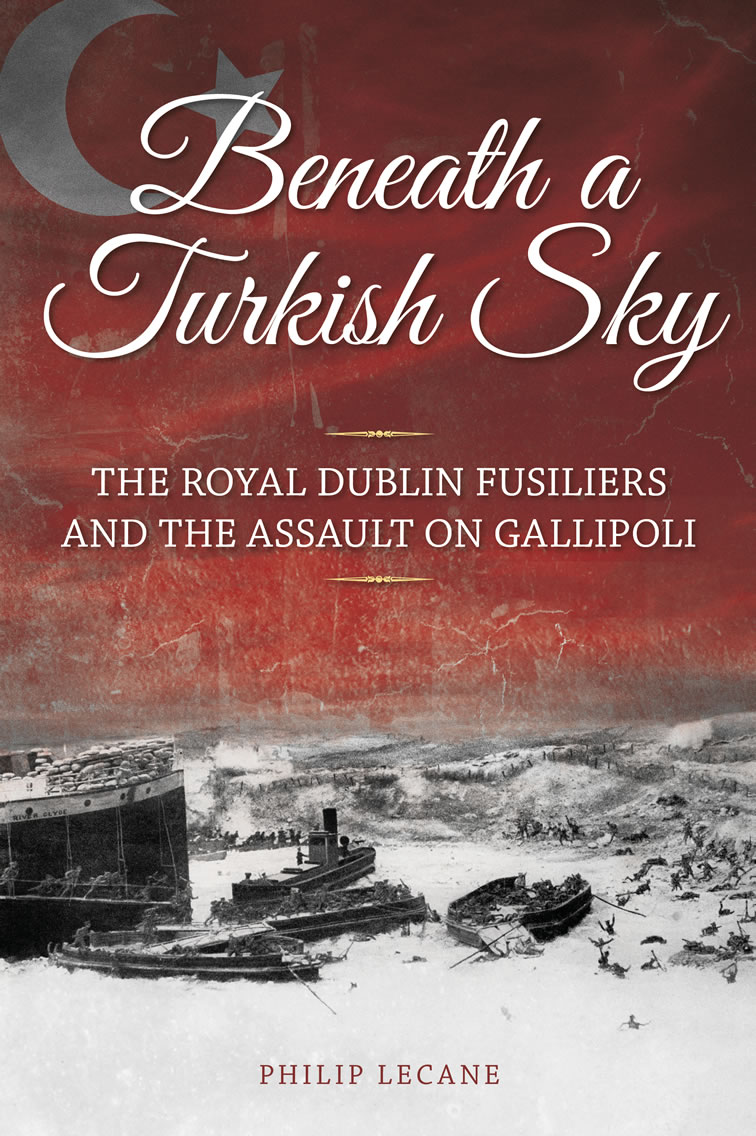 It was the First World War’s largest seaborne invasion and the Irish were at the forefront.  Recruited in Ireland, the Royal Dublin Fusiliers were assigned to the first wave of the invasion of Gallipoli in Turkey.  Deadlocked in trench warfare on the Western Front, the British High Command hoped to knock Germany’s ally out of the war.  Using letters and photographs, this book tells the story of the ‘Dubs’ officers and men called from an idyllic posting in India to be billeted on the civilian population in England.

They then set off on what was presented as a great adventure to win glory and capture Constantinople.  The book also gives the story of the Turkish defenders and the locality being invaded.  Accompanied by the Royal Munster Fusiliers, packed aboard the SS River Clyde, the ‘Dubs’ landed from ships boats on the fiercely defended beach at Sedd-el-Bahr.  The song The Foggy Dew says, “It were better to die beneath an Irish sky than at Suvla or Sedd-el-Bahr.” This History Press Ireland book tells the story of the forgotten Irishmen who died beneath a Turkish sky in what was Ireland’s D-Day.

You are cordially invited to the launch of Beneath a Turkish Sky  by Tom Burke, Chairperson Royal Dublin Fusiliers Association

Members of the Irish Great War Society will attend in RDF uniform and will be happy to answer questions.