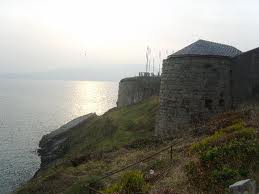 
The Inishowen Friends of Messine was specifically set up to create a space where the young people of Inishowen and who were killed in WW1 could be remembered together, regardless of their religious or political backgrounds or motivations. Its inspiration is the Island of Ireland Peace Park and Round Tower in Messines, Belgium. A Peace Garden and Memorial Wall has been built at Fort Dunree with five plaques containing the names of all those who died from Inishowen.


The Inishowen Friends of Messines held their first remembrance service in 2005 and since the beginning it has been inclusive and open to all who wish to attend. There are now over 250 names on the Inishowen Roll of Honour and their names are all read out as part of the event. Where possible, descendants, or people from the places where these men came from, read out the list from their own area and if you would like to get involved this year you can contact the Chairman, Mr PJ Hallinan at 086 8507183.


We are now well into the Decade of Centenaries which started with the Ulster Covenant of 1912, the foundation of the Irish Volunteers and the Great Lockout of 1913, the passing of the Home Rule Bill and outbreak of the Great War in 1914, and the slaughter at Gallipoli in 1915. Next year will mark the Centenary of the Easter Rising and the Battle of the Somme, to be followed by events marking the Battle of Messines 1917, the Armistice, the First Dáil, the War of Independence, and the start and end of the Civil War. Throughout this period great efforts have been made to ensure that while we remember and commemorate these events, and reflect on their impact on Ireland and the world, we should always bear in mind the loss of life and great suffering that was involved, and in so remembering, commit ourselves to the peaceful resolution of all our problems from now on.


While this small peninsula was very badly affected by WW1, it is now recognised as one of the first communities in Ireland to start actively using its shared history as a vehicle for peace and understanding and bringing people together, not only locally but from every corner of this island. As ever, the Inishowen Commemoration will start at 2.30 with some beautiful music and readings and this will be followed by an Ecumenical remembrance service, reading the Roll of Honour and a Wreath Laying service at the Peace Garden and Memorial Wall. All are welcome.