On the 3rd Sept 2016 the French Village of Guillemont remembered the freeing of its village by Irish Soldiers of the Connaught Rangers and the 16th Irish division during the Somme offensive of 1916 during ww1.german soldiers had occupied this part of France for nearly two years. Repeated attacks to free this village had failed with shocking loss of life on both sides. When it was the turn of the 16th Irish division to try and take Guillemont, they succeeded, and are forever remembered by the people of this area of France. 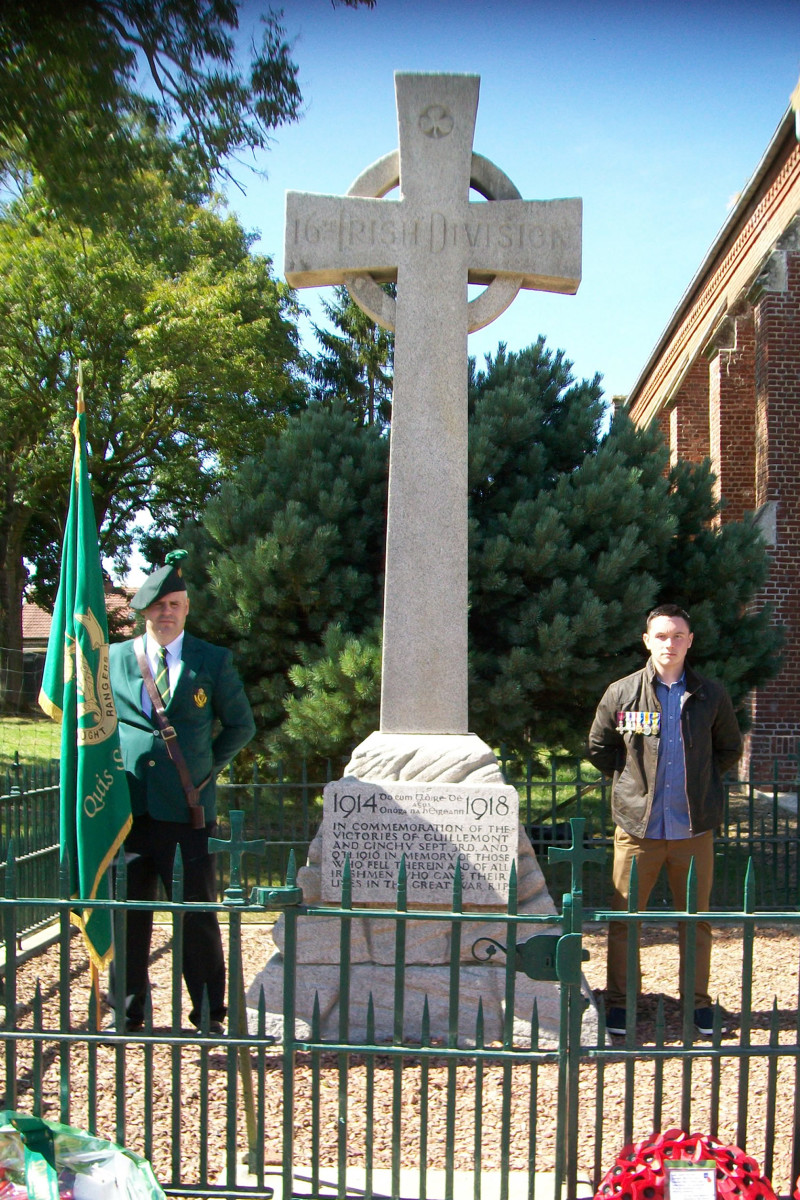 The Connaught Rangers Association of Boyle received a formal request on behalf of the French Government and the people of Guillemont to attend the 100th anniversary of the freeing of Guillemont Village. The 6th Battalion of the Connaught Rangers Regiment of the British Army were the first unit to fight their way into the village. As my Father is in the Connaught Rangers Association he applied for my ticket to attend the ceremony. Due to the security situation in France and the terrorist threats this event was restricted and only limited numbers of tickets were available and all attending were checked by the French security services.

We arrived at the village on the day at 10.00am passing through three different cordons of French Police stretched out nearly five miles from Guillemont. The ceremony was due to begin at 11am.after parking our car we prepared our flag and walked to the church to take our place. There were ten people in our group and we were all quite excited about the ceremony. I was wearing my families medals awarded to my ancestors on my mum and dad’s side who fought in ww1. As I am seen as the next generation in our family, it falls on me to carry on their memory and sacrifice during ww1. As my dad says for too long they were allowed to be forgotten by their country because they wore the wrong uniform. It is hard to believe that 126 men from the Boyle area were killed in ww1. Five were ancestors of mine, four of whom were brothers. Frank, John, Thomas, Michael Wynne and great grand uncle Joseph Higgins. All served with the Connaught Rangers except john who had immigrated to England and served with an English regiment in Gallipoli where he was killed.

The ceremony started with the mayor of Guillemont welcoming everyone and thanking us for been with them on this special day. There were a lot of VIP’s present representing different countries. The Irish Minister Heather Humphries and the Irish Ambassador to France were there as was Brigadier General Mulligan of the Irish Defence Forces. There were soldiers from the Irish, British and French Armies, so many uniforms it was hard to know where they were all from. There were many speeches remembering what the Irish soldiers had achieved. The Mayor thanked the Irish for giving back to the Guillemont people their village so they could return to a place that their ancestors had lived in before the war. Sometimes villages disappeared due to the bombings and people ended up living elsewhere and not returning to where they came from. 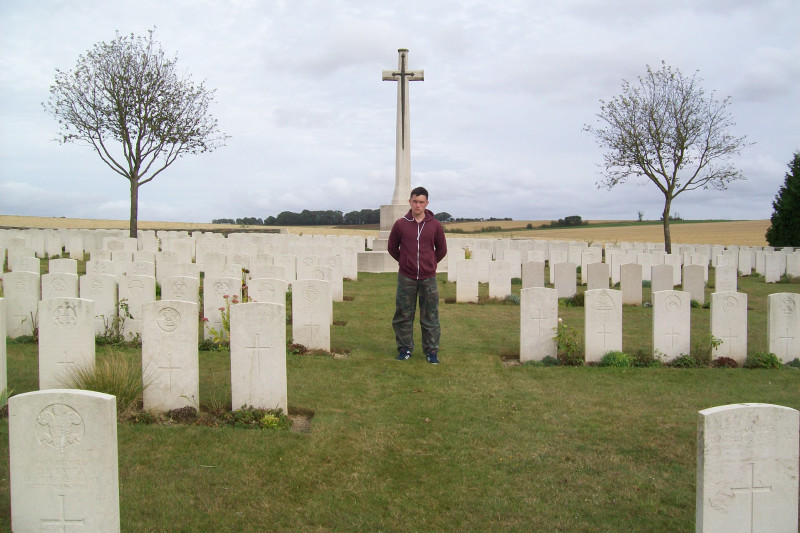 When the ceremony finished loads of photos were taken and people done a lot of talking, it was great to be able to stand beside the irish cross where all the wreaths were laid. I asked my dad why don’t more people in ireland know about these stories from the war and what the Irish Soldiers did. It seems to me that these soldiers are better remembered by the French than they are by the Irish at home.

However my dad says times have changed and they are better remembered now then in the past, and that is due to education and young people like me asking questions about these once forgotten Irish Soldiers.

In Flanders Fields the poppies blow between the crosses, row on row, that mark our place; and in the sky the larks; still bravely singing, fly scarce heard amid the guns below

We are the dead. Short days ago we lived, felt dawn, saw sunset glow, loved and were loved, and now we lie in Flanders Fields.

Take up our quarrel with the foe: to you from failing hands we throw the torch; be yours to hold high. If ye break faith with us who die we shall not sleep, though poppies grow in Flanders Fields. 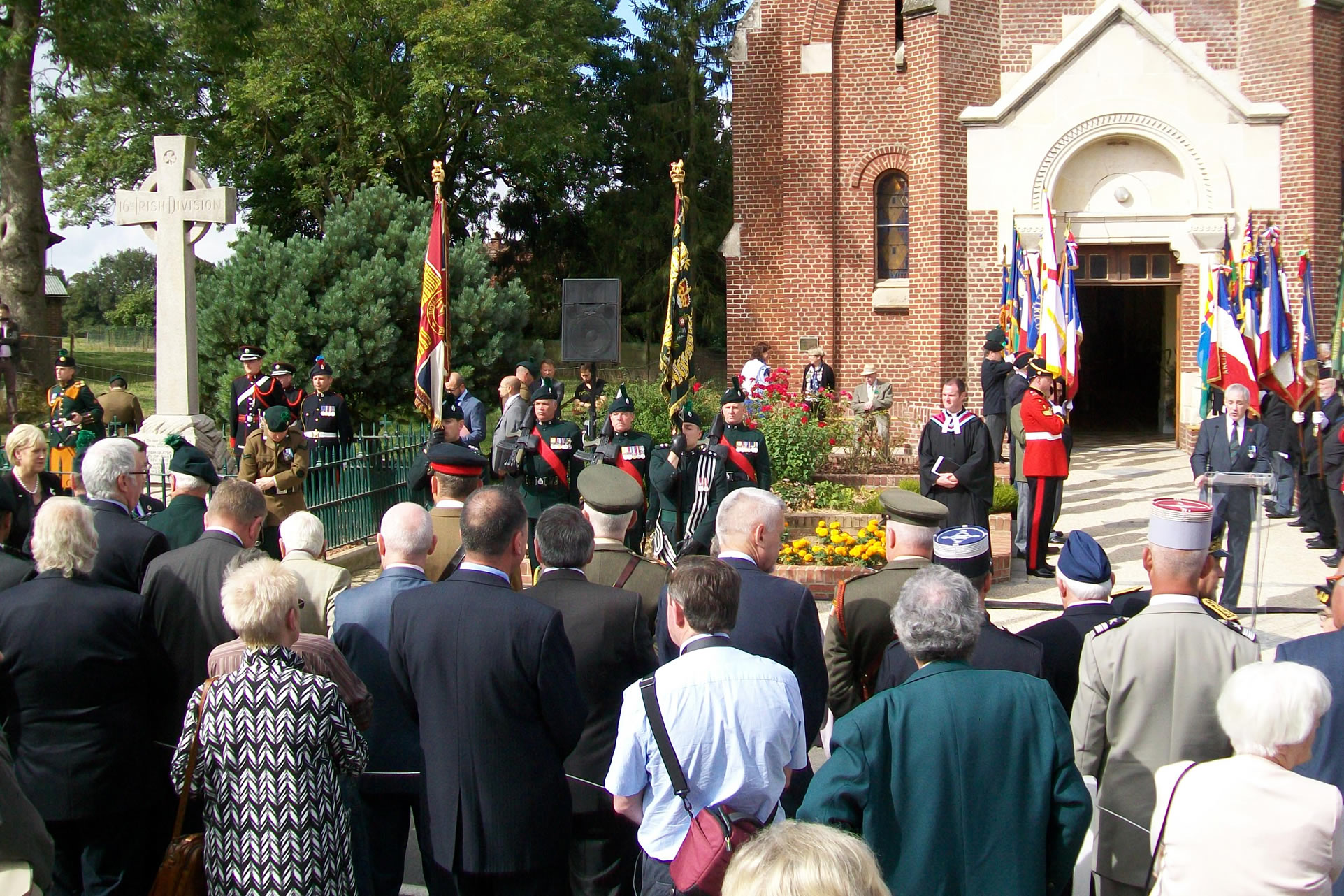 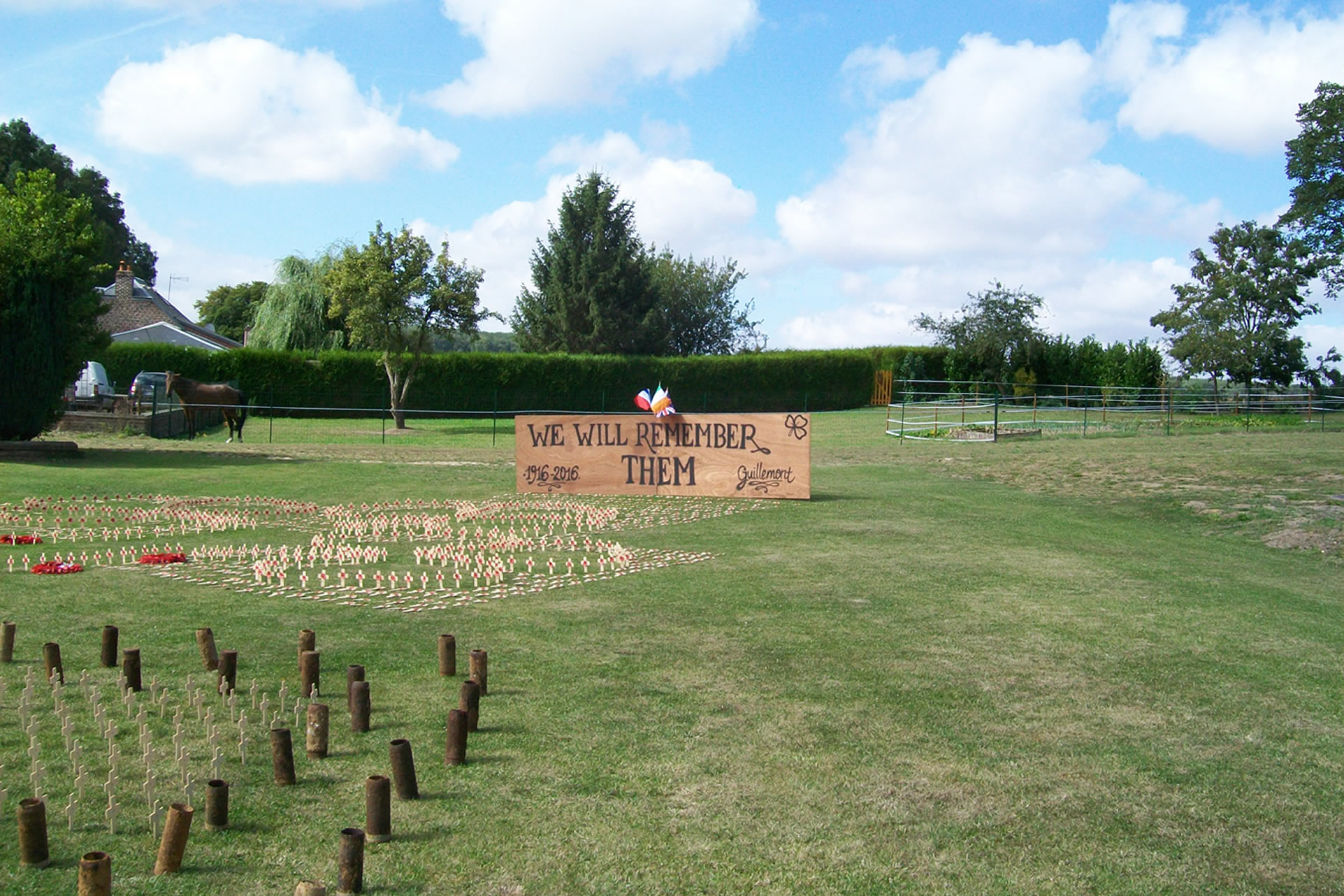